Located about a dozen miles southwest of Springfield, Missouri, Wilson’s Creek National Battlefield was established in 1960. The Battle of Wilson’s Creek was fought on August 10th, 1861 and was the second major battle of the Civil War. It was one of the largest battles fought west of the Mississippi River. 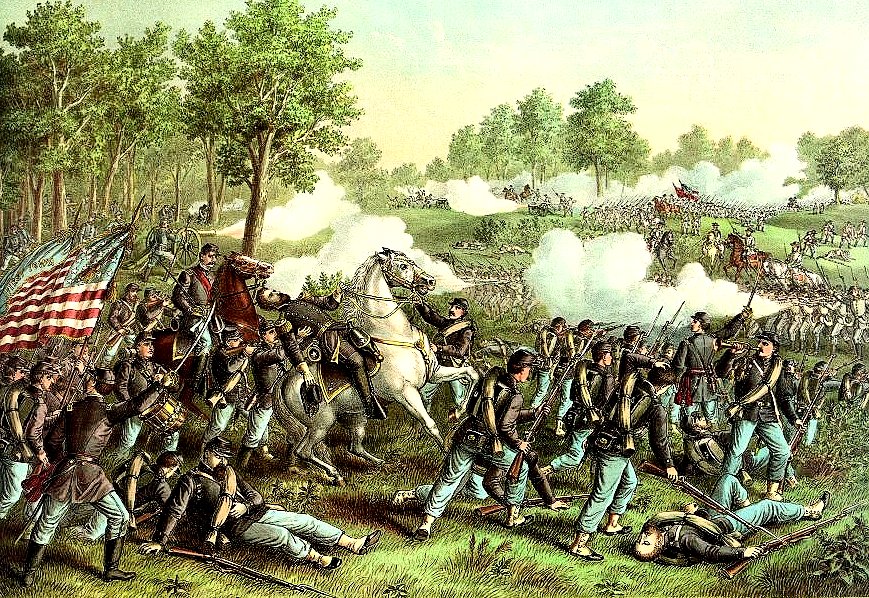 On that August day, Brigadier General Nathaniel Lyon’s Union Army of the West attacked a much larger Confederate force under the command of Generals Benjamin McCullough and Sterling Price. Lyon intended to strike a blow against the Confederates so his army could safely retreat to Rolla, Missouri.  Lyon divided his already outnumbered force to attack the Confederates in two places. One column, under the command of Colonel Franz Sigel, attacked the Confederate rear and had some early success before McCullough counterattacked and drove Sigel’s column from the field.  Lyon attacked with the other column, but was forced to set up defensive positions on some high ground known today as Bloody Hill. Three Confederate assaults failed to take the hill, but Lyon was killed in one of the attacks.  Major Samuel Sturgis assumed command upon Lyon’s death and after the third attack, pulled the exhausted Union defenders back and withdrew. This Confederate victory drove the Union Army out of southern Missouri.

The battle was fought in a rural area that is still that way today. There are more trees on the site than there were at the time of the battle, but otherwise the site hasn’t changed much.  The National Park Service Visitor Center has information on the battle and the 4.9 mile self guided auto tour that takes visitors around the park with stops at several key locations.  The Wilson’s Creek Civil War Museum, with exhibits focusing on the Civil War west of the Mississippi River, is located near the visitor center.

Before visiting any battlefield site, I recommend doing a little homework first so you have a basic understanding of what went on there.  There are also some good guidebooks available that can explain what went on at various stops along park auto tour routes. 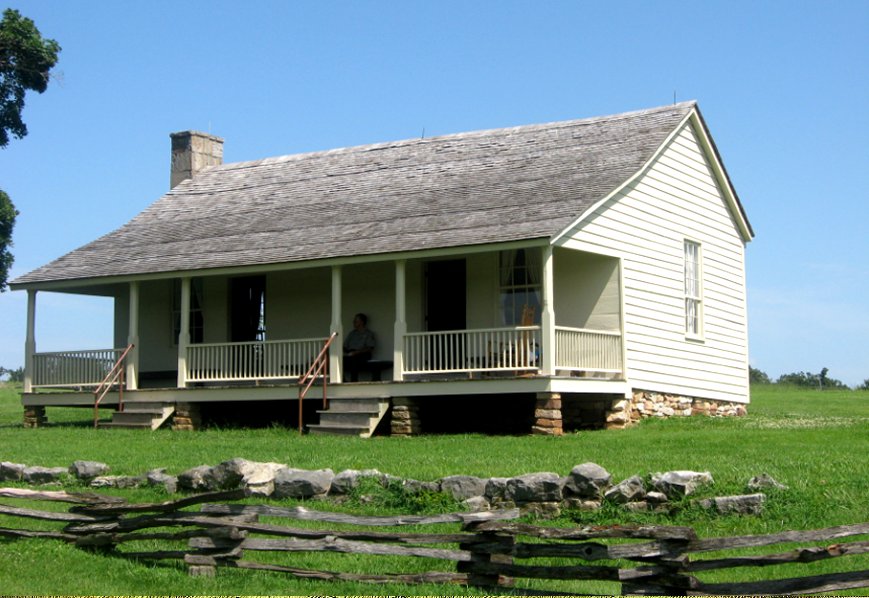 One structure present at the time of the battle that remains today is the Ray House. This farmhouse served as a Confederate field hospital. General Lyon’s body was brought to the Ray House and placed on a bed that is on exhibit at the house.  (Lyon’s body was eventually returned to his relatives and he is buried in his family’s plot in Connecticut).  The Ray House is staffed with National Park Service staff or volunteers from Memorial Day to Labor Day.

One way to experience the battlefield is to visit it on a hot, humid Missouri summer day.  It’s not known what the temperature at the battlefield was that day, but by all accounts, it was extremely hot.  One can develop quite an appreciation for what these soldiers went through just by walking the battlefield under weather conditions similar to what they experienced while they fought a desperate battle.