Lieutenant Colonel Michael H. Fitch’s Report on His Command at the Battle of Bentonville

In June of 1861, Michael H. Fitch enlisted in a volunteer company that became part of the 6th Wisconsin Infantry in July. He served in that regiment until July of 1862, when he was commissioned as a 1st Lieutenant and Adjutant of the newly formed 21st Wisconsin Infantry. Fitch and the 21st Wisconsin saw a lot of action in the Western Theatre, including Perryville, Stones River, Chickamauga, Chattanooga, the Atlanta Campaign, and General William T. Sherman’s March to the Sea. 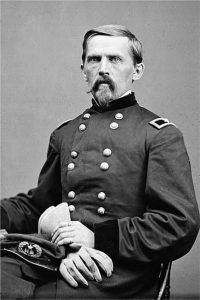 In early 1865, the 21st took part of the Carolinas Campaign, as Sherman marched North from Savannah through the Carolinas toward Raleigh, North Carolina. The largest battle of the campaign occurred over a three day period from March 19th through the 21st. The 21st Wisconsin was in the 1st Brigade of the 1st Division of the 14th Army Corps. Brigadier General William P. Carlin commanded the division while Brevet Brigadier General Harrison C. Hobart, a former commander of the 21st Wisconsin, was the commanding officer of the brigade. The six regiment brigade consisted of the 21st Wisconsin, the 42nd and 88th Indiana, the 33rd and 94th Ohio, and the 104th Illinois. By this time, Fitch was the Lieutenant Colonel and commanding officer of the 21st Wisconsin, but he also commanded half the brigade, as he explained:

Unofficially, this brigade, all through the campaign on the march to the sea, and in the Carolinas, had been divided into two wings. It is plain why Sherman’s army moved so rapidly always. It had so many wings…By virtue of my rank, I had been assigned to the command of the left wing, composed of the Twenty-first Wisconsin—which was my own regiment—the Forty Second Indiana, and the One Hundred and Fourth Illinois. The other three regiments formed the right wing, and was commanded by Lieutenant Colonel [Cyrus E.] Briant of the Eight-eighth Indiana.

Early in the morning of March 19th, the Left Wing of Sherman’s Army, consisting of the 14th and 20th Corps under the command of Major General Henry Slocum, marched down the Goldsboro Road heading to the North Carolina town of the same name. Carlin’s division was the lead division in the march, with the 1st Brigade in front. Near the town of Bentonville, a Federal foraging party 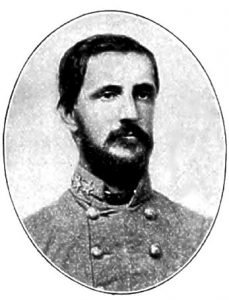 encountered Confederate cavalry under General Wade Hampton blocking the way. Carlin figured that only a relatively small number of cavalrymen were blocking his advance, but behind the Rebel cavalry was an entrenched Confederate division of infantry and artillery, some 5500 strong, under the command of Major General Robert F. Hoke. This was part of a Rebel army of 22,000 that had been cobbled together from various departments and all under the command of General Joseph E. Johnston.

had the advance and soon struck Hampton’s cavalry. After driving them some distance, the resistance became greater, and the right wing was deployed in line of battle with the left wing in line behind it. We advanced in this order for some distance through the woods, when I received an order to halt, and the right wing moved across the road and the brigade commander with them…We stood here in the thick undergrowth of the woods but a few minutes listening to the shots in front, when the division commander, General Carlin, ordered us to move rapidly to the front, by the right of companies for about a mile, where we went into line of battle, and threw forward a heavy line of skirmishers. These latter pushed up against a line of Confederate intrenchments…We were then facing Hoke’s division, and two batteries of artillery intrenched.

Over the next few hours, Fitch’s command deployed, fought, maneuvered, and fought some more. Eventually, Carlin’s division was driven back. The Confederate surge stopped when it reached the fortified line of the 14th Corps second division, under the command of Brigadier General James D. Morgan.

Lieutenant Colonel Fitch’s after action report describes his command’s action during the battle:

CAPTAIN: I have the honor to make the following report of the operations of the left wing of this brigade, to wit, the One hundred and fourth Illinois Infantry, Major Widmer; Twenty-first Wisconsin Infantry, Major Walker; and Forty-second Indiana Infantry, Major Kellams, in the engagement of the 19th instant–that being the only period during the campaign just closed that this wing operated beyond the direct supervision of the brigade commander:
This wing moved from camp at 7 a. m. March 19, and went into line of battle at 10 a. m. on our right of the road, twenty-two miles west of Goldsborough, N. C., as the second line of the brigade. The first line immediately attacked the enemy and drove him very rapidly, this line following up the movement; but, in compliance with an order sent me by the brigade commander, the wing halted. Very shortly, but after the front line of the brigade had advanced out of sight through the woods and thick undergrowth, I received the order from the brigade commander to advance by the right of the companies to the front. The wing advanced thus about a mile, when, by order of the division commander, Brigadier-General Carlin, the wing took position on the right of the right wing of the brigade, with the left resting upon the main road, relieving the Ninety-fourth Ohio Infantry, Major Snider. The position of the regiments then was thus: Forty-second Indiana on the right and refused; Twenty-first Wisconsin in the center, and One hundred and fourth Illinois on the left, the last two at right angles with the road. An attack being threatened by the enemy on our right flank Brigadier-General Carlin ordered the left regiment, One hundred and fourth Illinois, there. It took position immediately on the right of the Forty-second Indiana, running almost into the face of the enemy in taking position. The line thus formed at once fortified as well as it could under a constant fire from the enemy, which our skirmish line was unable to silence. By order of Brigadier-General Carlin I re-enforced the skirmish line and advanced it until a line of enemy s works was developed, when it halted. The right of the wing being closest to the enemy and the firing there being heaviest, I considered that the point of most danger and therefore gave the left less attention. Besides, two pieces of artillery were on my immediate left, and I supposed the other wing of the brigade on the immediate left of the artillery. Also there was an extensive open field in that front. About 4 p. m. my skirmishers were driven in and it was reported to me by the men of the artillery that the enemy had passed in considerable numbers into the woods on my left rear, and at the same time the artillerists of the section on my left went to the rear, abandoning one piece. I at once ran to the left and saw a line of battle of the enemy approaching within 200 paces of my position, at right angles with it and extending beyond my view to my left rear. The left company, Captain Randall, Twenty-first Wisconsin Infantry, immediately deployed in that direction, and so much of that regiment as could see the enemy’s line opened fire upon it. In the meantime I gave command for the wing to change front in that direction, but as the enemy had already opened fire upon our rear, and perceiving that if the movement should succeed we should have a swamp at our backs and also be again outflanked just as the change of front began, I ordered a retreat, which the wing executed in good order through the swamp, upon the opposite edge of which it promptly halted and formed a new line. This position is about 200 paces in the right rear of the former position, at about right angles with it and forming a continuation to the left of the front line of the Second Division, Fourteenth Army Corps. The Twenty-first Wisconsin Infantry was on the right, Forty-second Indiana in the center, and One hundred and fourth Illinois on the left and refused. 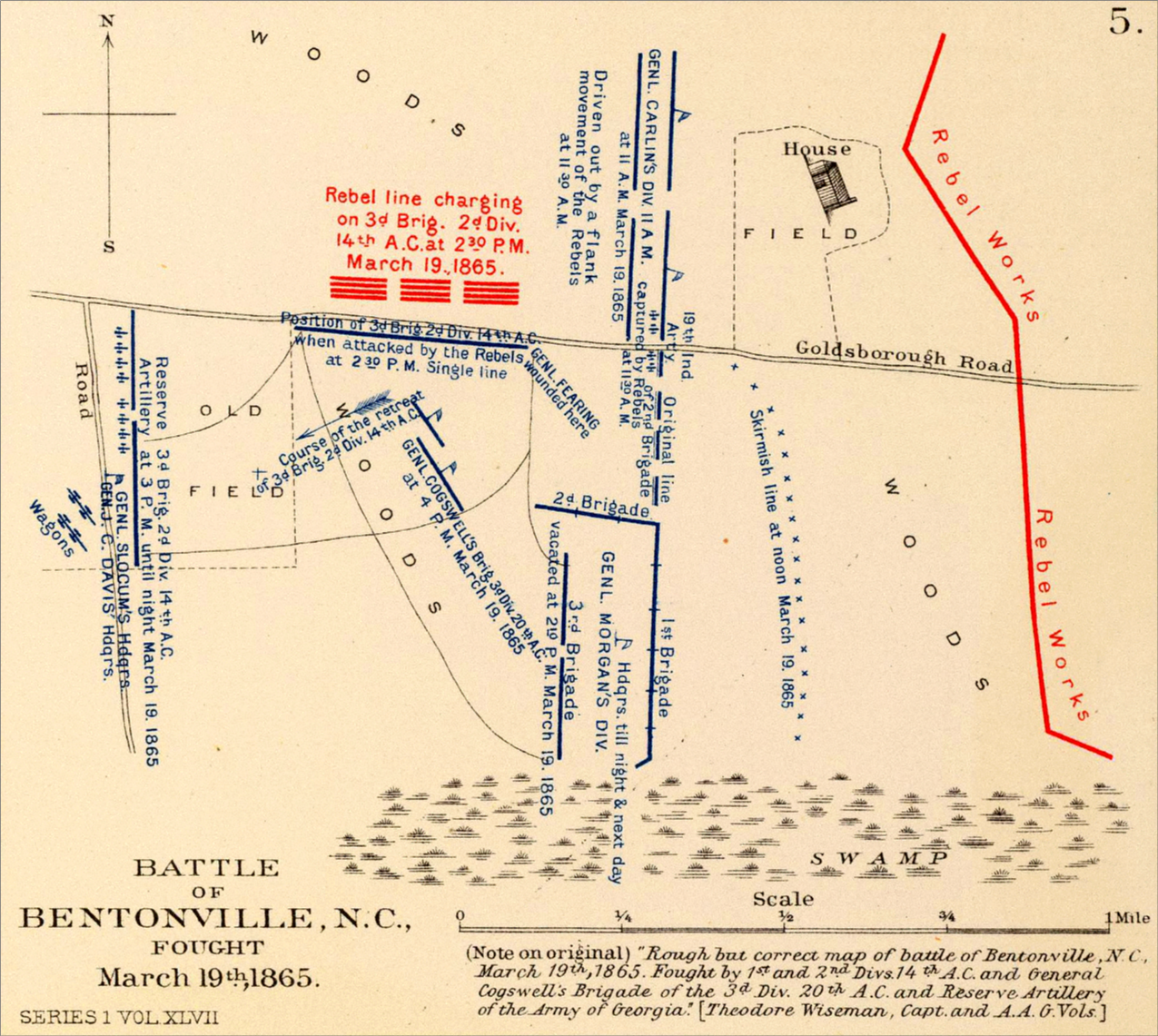 In ten minutes from time of taking this position the enemy again attacked us furiously on the front and left flank. The wing fought here gallantly until its ammunition was exhausted, when Major Widmer, commanding One hundred and fourth Illinois, on the left, finding he was outflanked and the enemy about to gain his rear by the left, again fell back. This movement carried with it the whole wing, but by the aid of the three regimental commanders I succeeded in keeping the men together, and again within about 300 paces of the second position formed a new line, this time with our backs against a swamp, and threw forward a line of skirmishers. Finding the enemy did not attack us here, I took the offensive, advanced the wing to near its second position, and found the enemy had been checked and driven by a portion of the Second Division of this corps and some fresh troops thrown in on our left. Here I reported in person to Brigadier General Morgan, commanding Second Division, Fourteenth Army Corps, and sent Company E, Captain Borcherdt, Twenty-first Wisconsin Infantry, to procure ammunition and report our condition and location to Brevet Brigadier-General Hobart, commanding brigade. About 9 p. m., by order of the brigade commander, the wing gained the division about one mile and a half distant.
The wing went into the fight with 32 officers and 610 muskets. The loss is as follows: In officers, 3 killed and 1 wounded; in enlisted men, 4 killed, 41 wounded, and 5 captured; total loss, 54.

For further particulars I respectfully refer to regimental reports, which will be forwarded directly to brigade headquarters. I am, captain, very respectfully, your obedient servant, 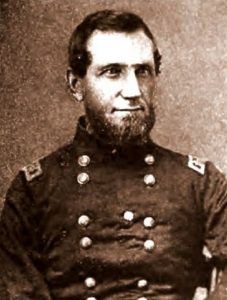 The fighting ended as night fell and the Confederates, unable to break through Morgan’s position, pulled back to their own lines.

Major General Oliver O. Howard’s Right Wing of Sherman’s army arrived the next day, March 20th. There was limited fighting on the 20th. On the 21st, Major General Joseph A. Mower’s division of the 17th Corps of the Federal Right Wing attacked the Confederate left near the Mill Creek Bridge. The Rebels counterattacked, but Sherman ordered Mower to end his attack and withdraw. The bridge was the only route for a Rebel withdrawal, and Johnston pulled his army out that night, ending the battle. Fitch’s command was not engaged the final two days of the battle. 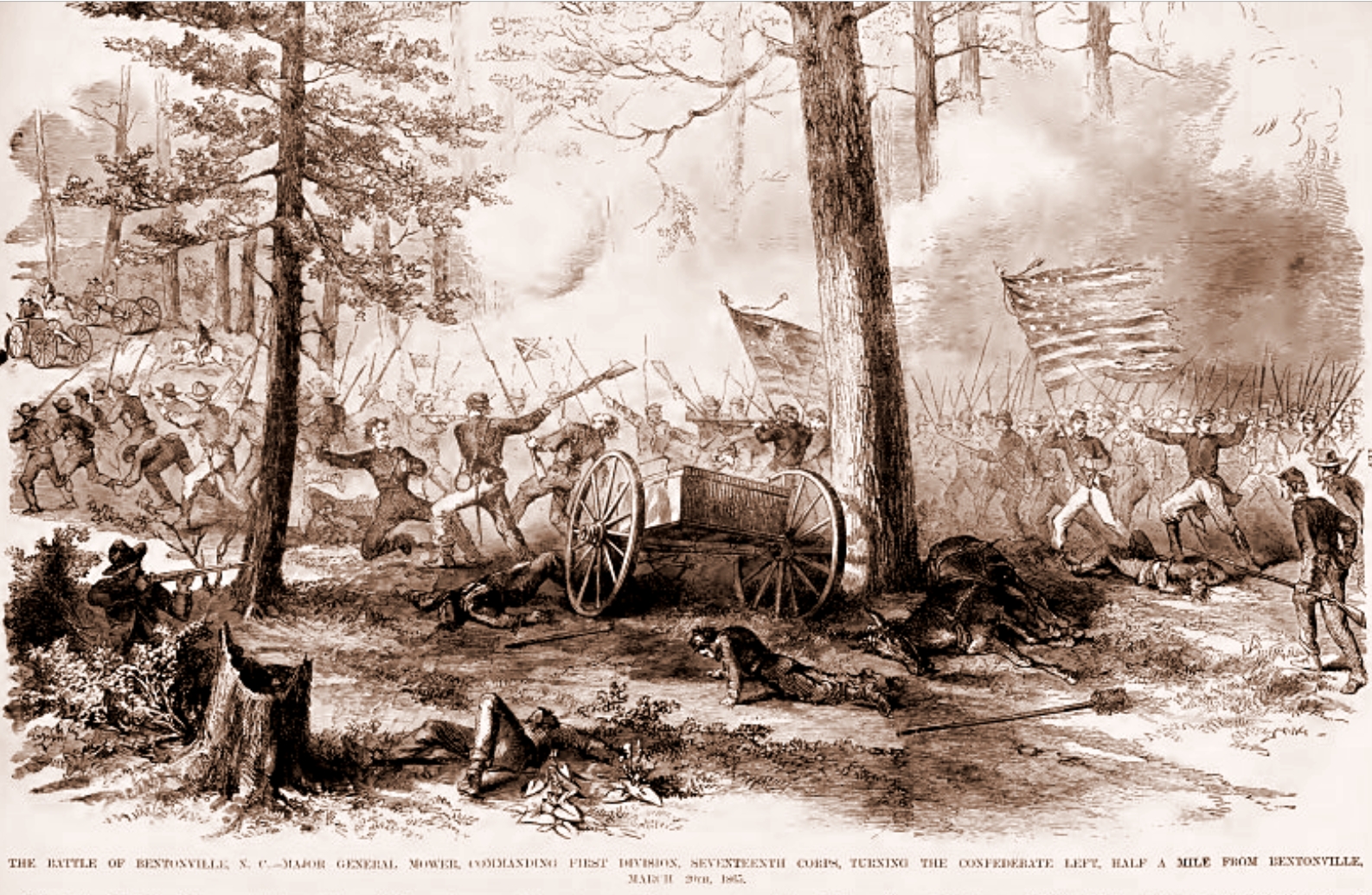 The Battle of Bentonville was the last large scale fighting of the war in any theatre. Sherman captured Raleigh on April 13th, and Johnston surrendered his army on April 26th, 2 ½ weeks after the surrender of the Army of Northern Virginia at Appomattox Court House.

The Civil War in North Carolina by John G. Barrett

Echoes of the Civil War as I Hear Them by Michael H. Fitch

Last Stand in the Carolinas: The Battle of Bentonville by Mark L. Bradley

Official Records of the Union and Confederate Armies in the War of the Rebellion, Series I, Volume 47, Part 1.

Sherman’s March from Savannah to Bentonville by Henry W. Slocum. In Battles and Leaders of the Civil War, Volume IV, edited by Robert U. Johnson and Clarence C. Buel.