November 1864 in the Civil War 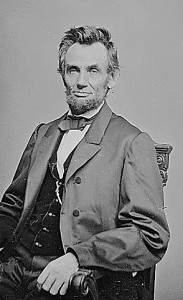 With the major campaigns bogged down in the mid summer of 1864, it appeared that Abraham Lincoln’s chances at being reelected President of the United States were slim at best.  The early August naval victory of Admiral David Farragut at Mobile Bay was welcome news, but it wasn’t until Major General William T. Sherman captured Atlanta in early September that Lincoln’s prospects improved.  Major General Philip Sheridan’s victories in the Shenandoah Valley in September and October as well as the repulse of General Sterling Price’s raid into Missouri in late October also convinced many voters that final victory, though not imminent, was only a matter of time if the Lincoln Administration continued to lead the country.

Lincoln ran as the candidate of the National Union Party, a coalition of Republicans and War Democrats, with Andrew Johnson of Tennessee as his running mate, replacing Vice President Hannibal Hamlin.  Johnson had remained loyal to the Union and was the Military Governor of Tennessee at the time of the election.  On November 8th, the voters reelected Lincoln over his opponent, General George McClellan, by a margin of 55% to 45% in the popular vote.  Lincoln won 212 electoral votes to McClellan’s 21, with the challenger winning only Kentucky, Delaware, and his home state of New Jersey.

While Lincoln was winning reelection, down in Atlanta Sherman was making final preparations for his next campaign.  He divided his roughly 60,000 men into two wings; the left wing consisted of the 14th and 20th Corps and the right wing was made up of the 15th and 17th Corps.  The Federals destroyed anything of military value in Atlanta and surrounding towns–railroads, machine shops, mills, warehouses, and bridges.  On November 15th and 16th, Sherman’s army departed Atlanta after leaving the commercial and industrial parts of the city in ruins.  The Federal army marched southeast towards Savannah and Atlantic Ocean. 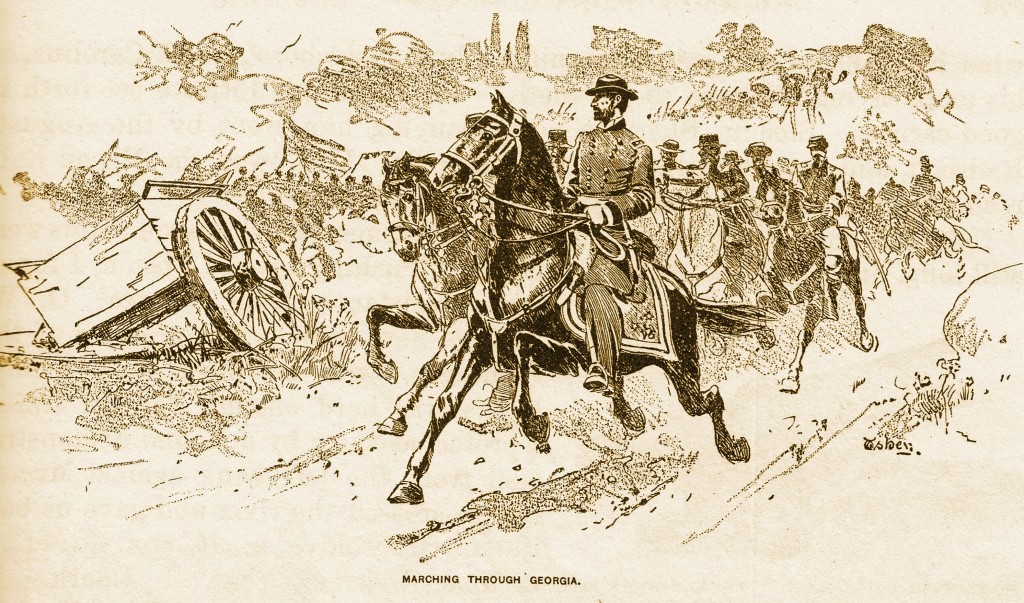 In destroying  the railroads and bridges, Sherman cut his supply and communications lines.  He intended to live off the land on this march, foraging for food, horses, and supplies.  Sherman had set rules for foraging, which were routinely ignored. The two wings of the army moved roughly parallel to each other 20 to 40 miles apart.  With his lines of communication cut, to those in the north, Sherman appeared to have  disappeared into Georgia.  There was little resistance; Confederate cavalry under General Joseph Wheeler and Georgia militia was all that stood in the way as the Union Army marched on.  The militia made a stand at Griswoldville, but  were easily defeated by Sherman’s right wing on November 21st.  The next day, the state capital, which at that time was at Milledgeville, was occupied by the Federal left wing.

The Confederate Army was greatly depleted after 3 1/2 years of war and had few troops to send to Georgia to provide significant resistance to Sherman’s relentless march.  The largest Confederate force in the area was Lieutenant General John Bell Hood’s Army of Tennessee, the army that Sherman had driven out of Atlanta.  Hood had remained in the area, attacking and harassing Union outposts and supply lines before retreating to  Florence, Alabama at the end of October.

With Sherman moving southeast, Hood marched his 40,000 man army north into Tennessee.  Hood’s overly ambitious plan included the destruction of the 30,000 man Army of the Ohio under Major General John Schofield located at Pulaski, Tennessee, about 75 miles south of Nashville; the capture of Nashville and the defeat of the 30,000 man Army of the Cumberland under Major General George Thomas that was entrenched at Nashville; continuing the invasion into Kentucky; the recruitment of 20,000 men in Tennessee and Kentucky; and finally joining Robert E. Lee in Virginia at Petersburg to defeat the Army of the Potomac and Ulysses S. Grant.

Hood’s army headed north on November 21st.  Hood tried to get between Schofield’s army and Nashville to cut off the retreat of the Federals. But Schofield was able to withdraw to Columbia, Tennessee before he could 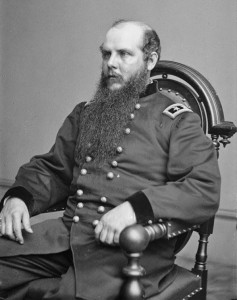 be cut off.  Hood sent cavalry and two infantry corps around behind Schofield, who sent two divisions to the town of Spring Hill on November 29th to keep the advancing Confederates at bay. They succeeded, but Schofield was in danger of being cut off from Nashville.

Under cover of darkness that night, Schofield pulled out and somehow was able to get his entire army past the Confederates.  He set up strong defenses along the Harpeth River at the town of Franklin, about 15 miles south of Nashville.

An angry General Hood blamed his subordinates for the Union escape at Spring Hill. He was determined to attack the Federals at Franklin, no matter how strong the enemy defenses were. Over the protests of his generals, Hood ordered a frontal assault across two miles of open ground against the heavily fortified Union army, despite the fact that one infantry corps and most of the Rebel artillery had not yet arrived.

At 4:00 p.m. 20,000 Confederate infantrymen began the assault.  Union artillery blasted the advancing Rebels.  Two divisions under Major Generals Patrick Cleburne and John Brown managed to drive back two forward Union brigades, creating a hole in the center of the Union line.  But Colonel Emerson Opdycke led a counterattack with his brigade that plugged the gap. Confederate cavalry under General Nathan Bedford Forrest attempted a flanking maneuver around the Federal left that was thwarted by Union Cavalry under Major General James Wilson.  Fighting, much of it hand to hand, continued well after dark until Schofield withdrew toward Nashville. 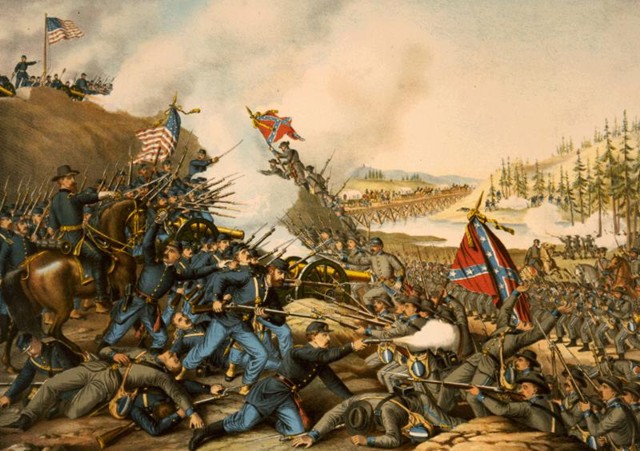 Hood had the field but had not destroyed Schofield’s army which had escaped and joined forces with Thomas at Nashville.  The Federals suffered approximately 2330 total casualties, including 189 killed, a figure that is probably underestimated.  The Confederate losses were staggering, numbering about 7,000 total casualties and at least 1750 of those were killed or mortally wounded.  The dead included six generals, including Cleburne, one of the south’s best field commanders.  Despite all this, Hood marched his shattered army towards Nashville, where the now reinforced Thomas waited and another major battle would be fought in December.