November 1863 in the Civil War

As November 1863 opened, the new Union supply line to Chattanooga, Tennessee was in full operation. As the Federals were resupplied,  Major General Ulysses S. Grant  planned an attack on the Confederates occupying  Lookout Mountain 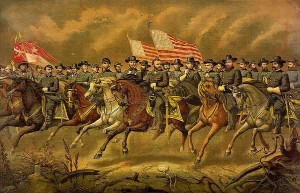 and Missionary Ridge while he waited for Major General William T. Sherman’s reinforcements to arrive from Vicksburg, Mississippi. On November 4th, the Confederate commander at Chattanooga, General Braxton Bragg, detached General James Longstreet’s two divisions, sending them to strike Ambrose Burnside’s Union force at Knoxville. Further east, the Union bombardment of Fort Sumter at Charleston, South Carolina continued throughout the month, but the garrison held out.

In Washington D.C., President Abraham Lincoln attended Ford’s Theater to see a performance of the play The Marble Heart on November 9th. Both the president and Mrs. Lincoln enjoyed theatrical performances  and frequently attended plays. On this night, the President saw one of America’s more popular actors perform as the villain in The Marble Heart. Lincoln  was impressed by the actor’s performance and sent him an invitation to visit the White House. However, the actor, John Wilkes Booth, was an ardent supporter of the Confederacy and refused to meet the President. Booth and Lincoln would again cross paths at Ford’s Theatre seventeen months later.

On the 18th, Lincoln took a train to Gettysburg, Pennsylvania where a new national cemetery was to be dedicated the next day in honor of those who had fallen at the war’s most costly battle. The president was not the featured speaker of the day; that honor fell to Edward Everett, a well known politician, diplomat, and orator. Everett spoke for some two hours before Lincoln delivered his 10 sentence dedication speech in approximately two minutes. Lincoln’s Gettysburg Address defined the meaning of the war and of the sacrifices made on the battlefield. It remains one of the greatest speeches in American history.

In Virginia, Major General George Meade’s Army of the Potomac  attempted to attack the right flank of the Army of Northern Virginia south of the Rapidan River on November 26th. There was fighting between one division of the Union 3rd Corps and a division from the Confederate 2nd Corps near Payne’s Farm on the 27th, with the Confederates withdrawing to defensive position along Mine Run that night. Meade prepared to attack on the 28th, but after considerable skirmishing and artillery fire over the next three days, he decided that there was no suitable place for an assault against the strong Confederate lines. Meade withdrew back across the Rapidan on December 1st and 2nd,  and prepared to go into winter quarters, ending what was called the Mine Run Campaign.

The most important fighting in November occurred in Tennessee. Sherman’s reinforcements began arriving at Chattanooga in the middle of the month, and Grant  was ready to attack. On November 23rd, Major General George Thomas’ Army of the Cumberland drove out the Confederates holding Orchard Knob, a hill located in front of Missionary Ridge. On November 24th, three divisions under Major General Joseph Hooker attacked up the steep slopes of  Lookout Mountain.  Fog on the mountain hampered visibility, and the fight earned the name The Battle Above the Clouds. Fighting continued all day, with the Union taking control of the mountain and the Confederate forces withdrawing to Missionary Ridge. 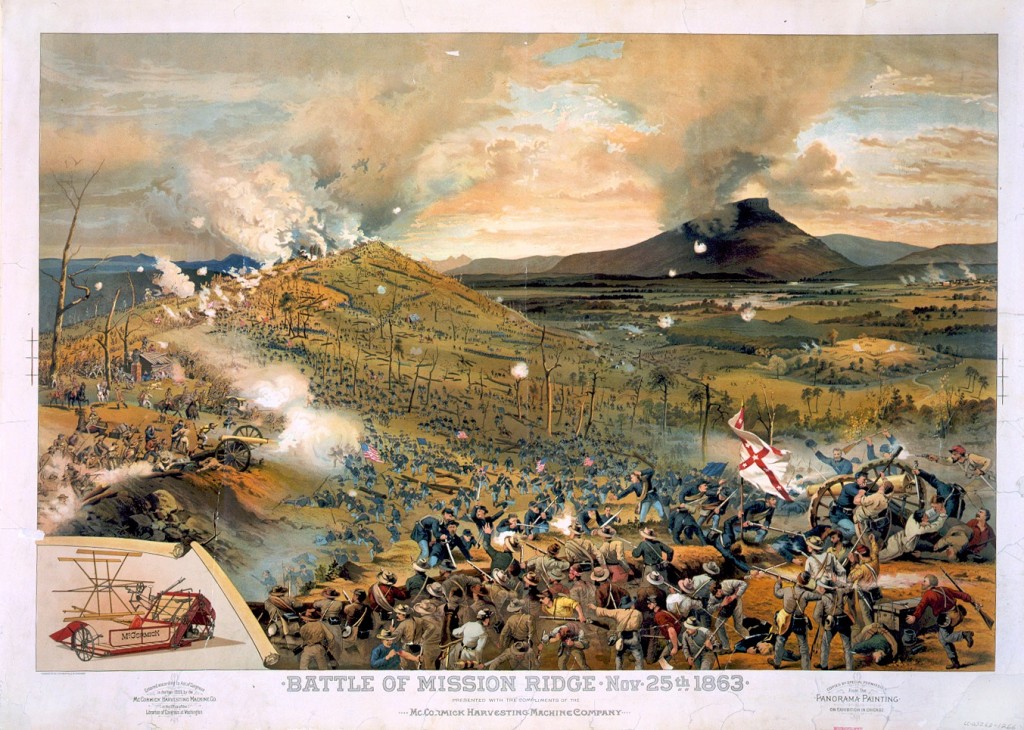 Thomas launched four divisions against the rifle pits, and took the position. The location made the Federals subject to considerable Rebel artillery and rifle fire. The orders were only to take and hold the rifles pits, not to advance further, but the heavy fire made the position untenable.  Acting without orders, several units began charging to the top of the ridge, and then more followed.  Grant, observing the assault, asked his subordinates who ordered the charge, but none of them had done so. 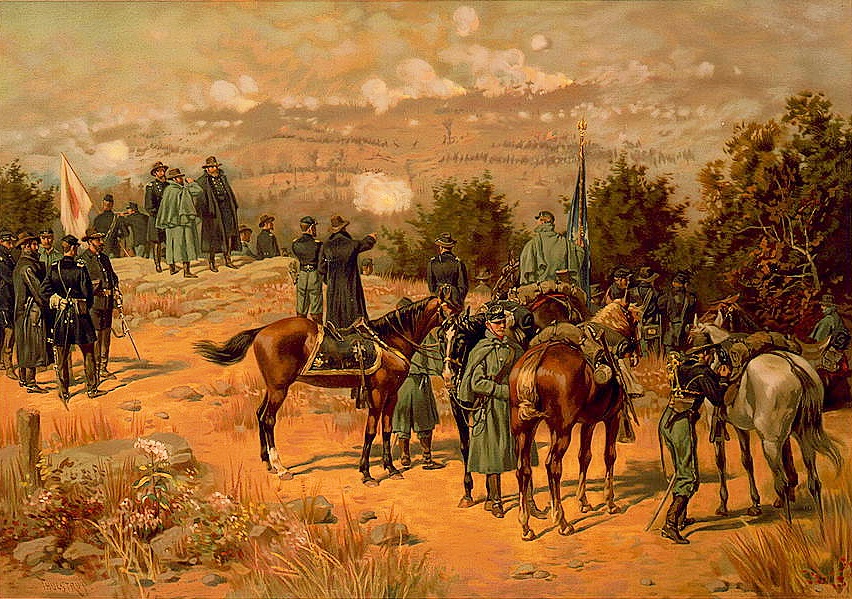 The assault was a success. By 6 p.m. it was over, and Bragg was forced to withdraw from Missionary Ridge. The next day, a rear guard action by General Patrick Cleburne against Hooker at Ringgold Gap halted the Union advance, but the Confederates had been driven out of the Chattanooga area and into Georgia. Braxton Bragg, who had been criticized for failing to take Chattanooga immediately after winning at Chickamauga, and who often clashed with his subordinates, resigned his command of the Army of Tennessee on November 30th.

Over in Knoxville, Longstreet attacked Fort Sanders on November 29th. Fort Sanders was  an earthwork in the Union lines that the Confederate general thought was the most vulnerable part of the line. But Fort Sanders was anything but easy to take, and the assault was a failure.  With Union reinforcements on the way from Chattanooga, Longstreet withdrew from Knoxville in early December.

Finally, the United States observed Thanksgiving as a national holiday for the first time on November 26th, 1863. Lincoln had issued a proclamation back in October issued a proclamation setting aside the last Thursday in November as “a day of thanksgiving and praise to our beneficent Father who dwelleth in the heavens.” Several states already had some Thanksgiving traditions, and many civilian organizations helped provide food for soldiers in the field to celebrate the day as best they could.

As November came to an end, Union forces controlled most of Tennessee. Chattanooga would serve as an important base for operations against Atlanta the following spring.